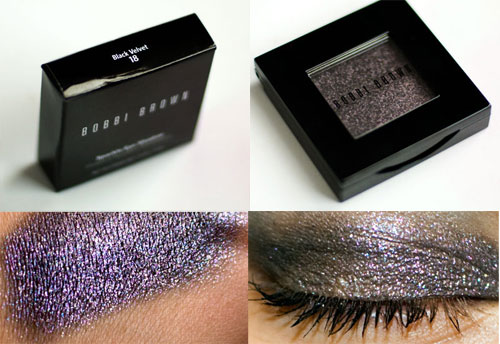 The Bobbi Brown Black Velvet Collection for Fall 2010 has been widely anticipated, and highly sold out everywhere. One of the products that Bobbi Brown included in this collection is Sparkle Eyeshadow. Bobbi Brown is most widely known for her fresh-faced, neutral cosmetics and looks, and this was a fantastic surprise. The first thing I think about when I hear “sparkle eyeshadow” is fall-out. Fall-out is when your eyeshadow ends up underneath your eyes when applying, and it is especially terrible with a lot of glitter eyeshadows. Bobbi Brown has managed to create the perfect sparkle eyeshadow with absolutely no fall-out to it whatsoever. To see plenty of photographs and swatches of this favorite eyeshadow of mine, 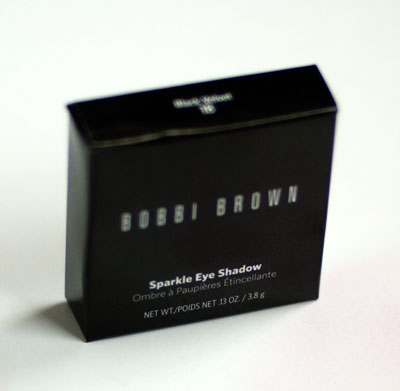 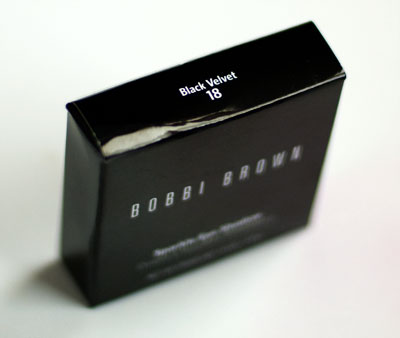 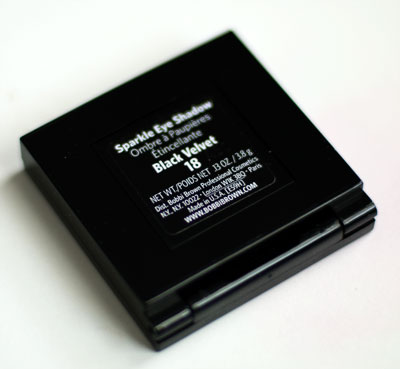 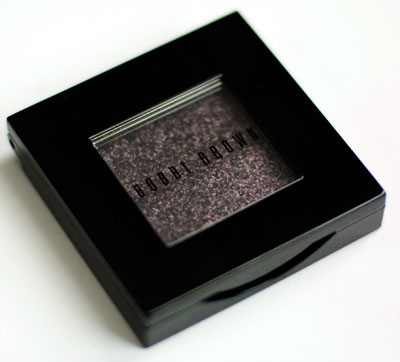 Bobbi Brown Sparkle Eyeshadow in “Black Velvet” is a shimmering, glittery deep plum that reflects all kinds of ambiguous colors when worn. There are times when this eyeshadow looks plum, times when it looks gray, and the glitter in it is simply sophisticated and fantastic. You cannot ask for a more “grown-up” glitter eyeshadow than this one! The lightweight formula lights up eyes with a combination of shimmering pearls and fine glitter. Thanks to its creamy, translucent base, it glides on smoothly and won’t crease on your eye. You can apply this eyeshadow dry for a softer effect, or wet for a dramatic, sophisticated smokey eye.

I was originally going to pass on this eyeshadow because even as a beauty addict, I have my price limits. This eyeshadow cost $24, and I went back and forth in my head, trying to decide if I wanted to invest in it or not. Let me just be the first to say…I am grateful that I did. Black Velvet is by far one of my all-time favorite eyeshadows in my entire collection, if not the favorite. The look and finish the eyeshadow gives off is flawless. 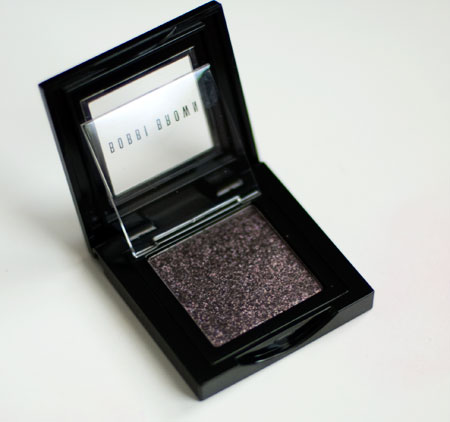 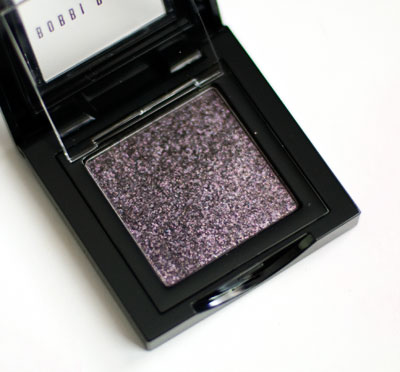 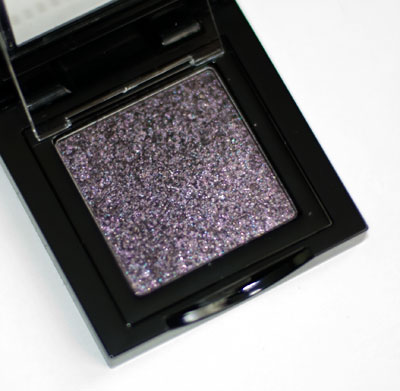 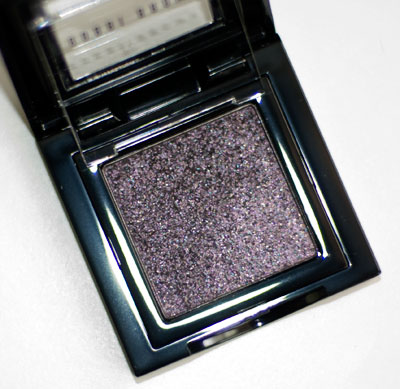 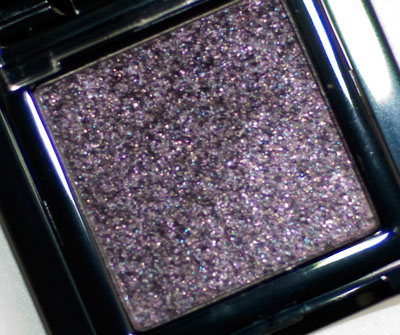 Black Velvet looks extremely cool inside the eyeshadow pan, having a multidimensional effect with the glitter, sparkle, and plum color. As someone who takes a lot of inspiration from beauty products, I could sit and gaze at this eyeshadow for awhile, just admiring the gorgeous color combinations. 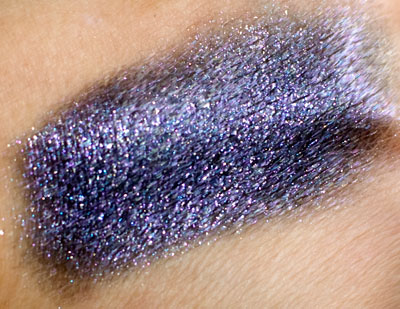 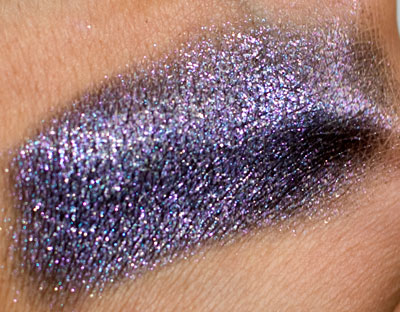 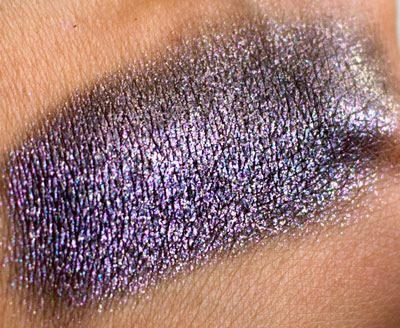 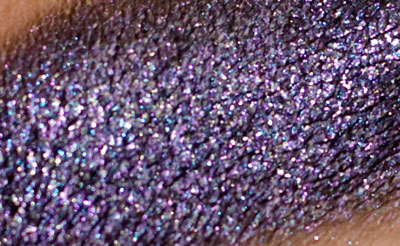 The finish is soft, silky, and smooth, and you will be left with no fall-out. As a glitter/shimmer fan, I often become frustrated with glitter eyeshadows, because I end up with a disco-ball looking under eye area, which is not hot. This eyeshadow stayed put, and the glitter stayed where it should: on the eyelid only. I quickly sweeped it onto my eyelid, so I could also swatch this eyeshadow on my actual eye for all of you. 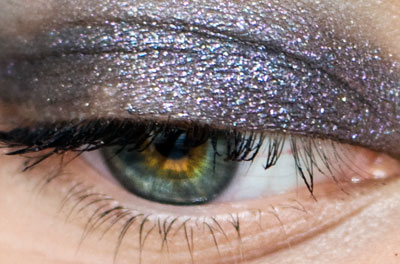 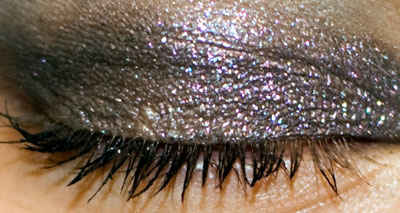 I think the greatest part about this eyeshadow, is that it will look nice on every single person, no matter what eye color, hair color, or skin tone you have. See how in artificial lighting the color takes on a gray like tone, in the last photograph? This shade really changes depending on what lighting you are in!

[ALL PHOTOGRAPHY ON THIS SITE IS TAKEN BY REBECCA KAZIMIR. NO PHOTOGRAPHY IS TO BE REPRODUCED WITHOUT WRITTEN PERMISSION.]


Error: API requests are being delayed. New posts will not be retrieved.

Error: API requests are being delayed for this account. New posts will not be retrieved.